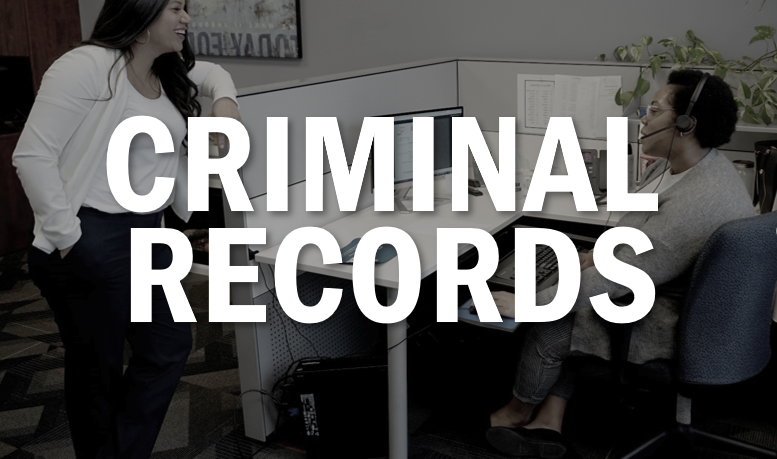 What happens when pre-employment screening turns up a criminal record

As an employer based in Canada, you may be aware of the basics of pre-employment screening, and even that some of the rules changed last year. You may also know that, during the interview process, you're not supposed to ask about a job-seeker's marital status, age, religion, gender or other things covered in the Human Rights Code.

But what about criminal records? While marital status may be irrelevant to a person's ability to do a particular job, their criminal record may in fact be relevant. Most of us would agree that someone who's been convicted of a child pornography offense shouldn't be working in a daycare, or someone with multiple convictions for petty theft might not be the best choice to work as a casino teller, but the choices aren't always so clear-cut. For example: If you were interviewing a 43-year-old for a senior role who seemed like a great candidate, and then found out they were arrested for shoplifting a pair of shoes when they were 17, would you reject them for the job? What are the legal ramifications if you do?

What information can employers ask for - and act on?

You can ask a potential employee whether they have ever been convicted of a crime for which they have not been given a record suspension (formerly known as a 'pardon'). You may legally decide not to hire a person if they have a criminal record.

However, job-seekers who have been convicted of a crime and then received a pardon do not have to disclose that they were convicted of the crime. If the employer becomes aware of the conviction and pardon by other means (or even if the job-seeker discloses it as part of the interview process), they may not use it as a reason not to hire the candidate.

However, these records do matter for certain jobs: If you're interviewing candidates for a bus driving position, for example, you may ask about vehicle-related offen

Can you ask about youth offences?

Generally speaking, no. In Canada, youth records aren't automatically closed when a person turns 18, but there are very specific rules governing who's allowed to see open youth records. You may ask the job-seeker for consent to do a criminal records check, and that check may turn up information from offences committed prior to their 18th birthday, depending on whether their youth record has been officially closed or not. However, refusing to hire someone based on an open youth record may be problematic if there isn't a reasonable, necessary and sensible reason for doing so.

When in doubt, get a police record check

Police record checks - whether a criminal and judicial matters check to identify convictions or a vulnerable sector check to ensure that the candidate has not been convicted of abuse of children or other vulnerable individuals - are the best way to learn about a candidate's criminal record.

The bottom line is this: It's always less expensive to ask candidates for a police record check during the hiring process than it is to replace a bad hire or to deal with legal action from a candidate who feels they were unfairly rejected.