< Back
On The Case 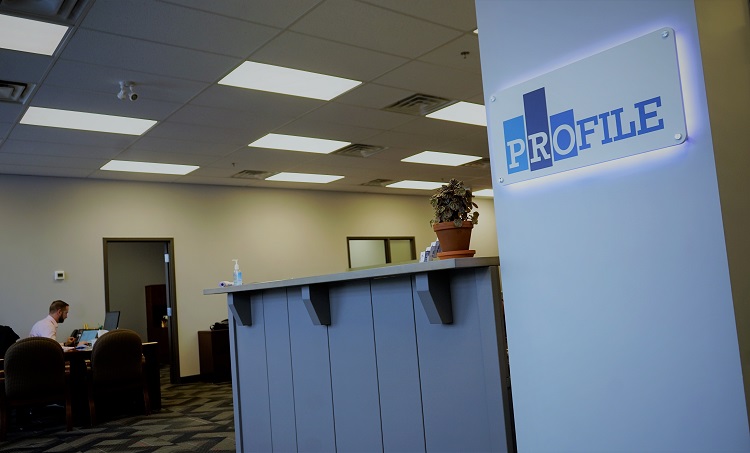 To get a sense of how the security business has changed in the last 25 years, you might want to ask the owner of the Profile Group. The Toronto-based company was started a quarter century ago by John Caissie, initially as an investigations firm, but has expanded over the years to cover several of the major cornerstones of the security industry, including screening and integration services. More precisely, it started when it was untied from its moorings at Paragon Security, a Toronto-area guarding company. Caissie left that business in the late 1980s and as part of his deal upon departure, he acquired the Profile name and business, which was a small investigations arm of Paragon. Profile “was very small at that time, but I just saw the potential in it,” says Caissie, who adds that the parting with Paragon was on good terms and that the two, now separate organizations, would work together occasionally through a process of referrals.

With Profile now an independent entity, Caissie changed the name to Profile Investigation Inc., and began to pursue clients. Almost immediately, a large contract emerged from a labour dispute, which helped to get the fledgling business off the ground. Caissie hired an investigations manager within the first three months of operation and set to growing the business with a handful of part-time investigators. Striking out on his own wasn’t an easy decision, he says. “It was tough. [I had a] young family, a house, a mortgage.” But the labour climate in the late 1980s and early 1990s was good for business. “It was bustling, is the only way to put it,” says Caissie. “We did a lot of workers’ comp cases.” Generally, a lot of workers’ compensation cases are derived from unionized environments, adds Caissie’s son Jason, who has worked at the business on and off since his teen years and is currently its vice-president of operations. In situations where an employer suspects that worker’s compensation may be unjustified, they may hire a company like Profile to investigate the claim. “They’re doing something while they’re on leave that they shouldn’t be,” says Jason.

blockquoteThey’re working elsewhere, they’re driving a cab, they’re roofing their house — they’re doing those things that they say they can’t do, hence they can’t work. Companies hire us to investigate those claims./blockquote In that sense, the business has changed very little in 25 years. The work still entails surveillance — sitting in parked cars, gathering evidence, compiling reports. What has changed are the tools, says Dan Ulrich, vice-president, business development, for Profile. Ulrich, a former New Jersey police officer, moved to Canada in the late 1990s, started working for Profile in 1999 and has been there ever since. “Definitely, the technology has changed, but it’s the same process in how we set up. What we do out in the field is really unchanged.” When Ulrich started with Profile, the company would send clients evidence on VHS cassettes and “all our files went out of the office with sleeves of stills — 35 mm pictures that we had to get developed.” Today, of course, almost everything is digital, with video and image files transported on CD or a USB device — although some clients still prefer paper and to have their information faxed rather than emailed, largely for legal reasons. Investigating insurance cases became the bread of butter of the company, says John Caissie, growing to a point were it reached 200 or more files a month. “It just evolved,” he says. “Every time we expanded, we seemed to move offices. We got more people.”

The company also developed a screening division, performing background checks — an opportunity that grew from the investigations side as clients inquired about additional security-based services. Currently known as Profile Screening Services, it took off sharply after 9/11 as the security environment changed drastically and employers were conducting more due diligence in their hiring practices, says Ulrich.

Caissie & Son Jason Caissie graduated from the University of Western Ontario in 2002 with a history degree. He had initially enrolled in university for microbiology but quickly tired of it. “Sitting in biology labs wasn’t my thing,” he says. “I just wanted to get out of school and start working.” Once Jason left school, he immediately started full time at Profile — 2002 was coincidentally the year that Profile began a major expansion and incorporated a security systems division that it had started four years earlier. “It was the systems business that really gave me my start,” he says, adding that he started taking manufacturer training courses to learn the different systems. The systems business, known officially as Profile Security Integrated Services, evolved from the investigations business, much the same as the screening division that preceded it. “The systems business really grew out of doing covert camera installations. We had customers requesting covert camera installations as part of an investigation,” explains Jason. “It was usually a corporate entity doing a theft investigation or a workplace conduct investigation. That grew from there into: ‘Well can you install regular cameras? Can you install card access? Can you install intrusion alarms?’” Jason stayed at Profile for another five years before opting to work outside the company — something his father had long encouraged him to do in order to gain some wider industry experience. In 2007, he joined the Royal Bank of Canada (RBC) as physical security advisor, protection services. “You get a limited perspective on things, growing up and working in a family business,” he says, “so to go to work for a different group of people — especially in a big organization like a bank — is an amazing experience.” He credits Ric Handren, who was then director of protection services at RBC and now works as vice-president of corporate security at CIBC, with mentoring him and helping him gain a broader perspective on security.

Jason is also heavily involved in the Toronto chapter of ASIS International and has occupied several positions on its executive board over the years, largely as the result of encouragement of Pat Bishop. Bishop, Profile’s general manager for 10 years, was ASIS Toronto’s chapter chair twice in the early 90s and held several board positions for ASIS International. ASIS membership is common across Profile and is “something we’re all pretty active in. We’re pretty proud of it,” says Jason. Ulrich was the first in the company to obtain his CPP designation in 2000.

Jim Bradley, Profile’s manager of investigations for the past eight years, currently sits on the ASIS International profession certification board. “The competition is what you make of it. You’ve got to pick and choose what you go after.” — Jason Caissie, Profile Group Years of service Long-serving employees is hallmark for Profile, says John Caissie. “A lot of people have been with us since almost when the company was born. That’s proven to be our success . . . the longevity of these people. We must be doing something right to hang on to them.” The company currently has 30 full time employees and another 60 part time (a mixture of investigators, consultants and service technicians). It is, by all accounts, outgrowing its current office space — an unassuming business park in Etobicoke in the West end of Toronto. Jason acknowledges that the company is currently on the hunt for new space to accommodate its expansion. The investigations, installations and screening businesses are all now well established. “It’s like we’ve got all these bubbles around us, with all these companies running out of one office, basically,” says Sharon McVeigh, manager of finance and HR, who been with Profile for 23 years, and, according to Jason, is “the glue” that holds the business together. So what’s next for Profile, other than more office space? “It’s where Jason’s going to take it,” says John, nodding towards his son. But Jason doesn’t anticipate he’ll be taking over any time soon. “I always joke that I’ll retire before he does,” he says.

The principals of the company feel it’s on a solid foundation, having now spread out across three businesses, all of which generate business for each other through client referrals. And, one of them can help see the others through, should any aspect of the business slow down for a period. The company is good size, says Jason: big enough to handle large contracts (the company can manage national accounts through a network of trusted subcontractors) and small enough “that we’re not a target for somebody to acquire or somebody to compete with,” he says. While security can be a competitive business, especially on the systems side, “there’s a lot of business to be had out there. . . . There’s not a lot [of business] we’ll turn away from. I don’t see that competition out there because the competition is what you make of it. You’ve got to pick and choose what you go after.” The company could do better at marketing its services, admits Jason, but its otherwise in a good place. Word-of-mouth has served it quite well so far and some clients prefer the feel of a family-run business. “We’re a good alternative sometimes,” he says. “They want that personal touch.”