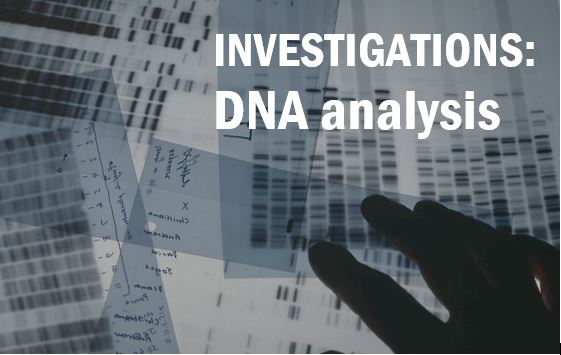 With the local police force unable to dedicate sufficient manpower to the case, the company decided it was time to take charge of the investigation.

We conducted DNA tests on the stamps and flaps of the original envelopes (which were, presumably, licked by the sender). DNA profiles obtained from the envelopes were matched to a single-source male profile. By conducting background checks on all male employees laid off in the original group of 27, two prime suspects were identified and placed under physical surveillance. The purpose of the surveillance was to enable investigators to collect voluntarily discarded DNA samples from the suspects to compare to the profiles obtained from the cards and letters sent to the client.

The investigation file was then turned over to the local police department’s detective bureau.

Based on the investigation and the DNA evidence presented in court, the Crown filed charges against the suspect (uttering threats and mischief). The suspect was arrested shortly before the 5-year anniversary of the layoff, retained in custody until the anniversary passed, and was kept under surveillance for several days following the anniversary.

THE SITUATION: One year after the layoff of 27 of... END_OF_DOCUMENT_TOKEN_TO_BE_REPLACED

You might be surprised what background checks can tell you... END_OF_DOCUMENT_TOKEN_TO_BE_REPLACED

No two corporate fraud and corruption investigations are the same:... END_OF_DOCUMENT_TOKEN_TO_BE_REPLACED