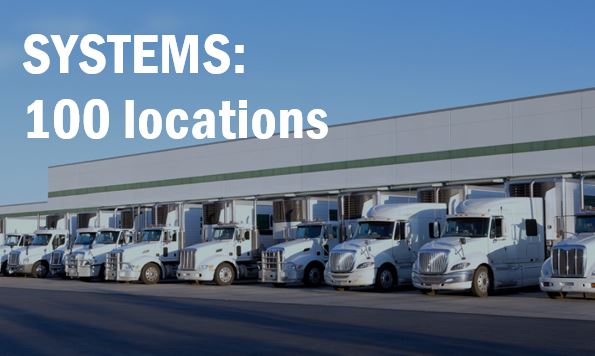 A large national trucking and logistics company needed an integrated physical security solution for their more than 100 terminals across Canada. Most of their terminals either had very old security systems (many of which weren’t working well) – or simply no security systems at all.

The company was experiencing increased losses due to theft every year, and more importantly were losing business because potential customers simply didn’t trust their ability to secure their property.

Our first step was to create a ranked list of terminals, based on how crucial they were to the business. We conducted security audits of all terminals to determine the current status of any existing physical security systems, including an audit of any existing equipment that could be integrated into a new system (thereby saving the company additional costs).

We then designed a security system that would adequately protect all locations – while still being cost-effective. Installations were then undertaken starting with the most critical locations.

THE SITUATION: One year after the layoff of 27 of... END_OF_DOCUMENT_TOKEN_TO_BE_REPLACED

You might be surprised what background checks can tell you... END_OF_DOCUMENT_TOKEN_TO_BE_REPLACED

No two corporate fraud and corruption investigations are the same:... END_OF_DOCUMENT_TOKEN_TO_BE_REPLACED