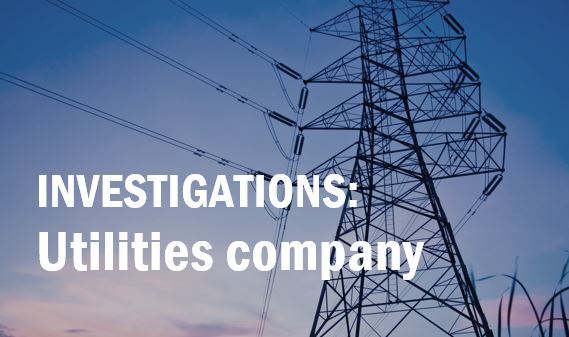 A national utilities company suspected they were experiencing procurement and hiring irregularities: Complaints regarding tenders and the RFP process were received, indicating that only certain companies were being awarded projects. Additionally, there were rumors suggesting that family members of those companies were being hired as full-time employees despite not having the requisite skills and experience for the positions.

We assembled a team of investigators with extensive workplace fraud experience to review the procurement process with a view to identifying irregularities. We also examined previously-awarded contracts to identify possible instances of hiring irregularities and complicit employees within the client’s organization.

After reviewing and mapping over 200 tenders – including more than 20,000 emails – the Profile investigators were able to highlight several instances of inappropriately-awarded contracts, systemic exclusions of qualified bidders, and repeated instances of hiring irregularities.

Employees and contractors involved in the fraud were terminated. Our analysis and recommendations resulted in a new procurement and hiring process, including controls to prevent similar activity in the future.

THE SITUATION: One year after the layoff of 27 of... END_OF_DOCUMENT_TOKEN_TO_BE_REPLACED

For many of us, our day-to-day jobs have changed.  No... END_OF_DOCUMENT_TOKEN_TO_BE_REPLACED

You might be surprised what background checks can tell you... END_OF_DOCUMENT_TOKEN_TO_BE_REPLACED